In a year, your contribution of just $30 a month would cover the cost of a surgical abortion, giving someone in need the same right to choose as those who can afford it. Help make reproductive rights a reality instead of an abstract concept, donate to BWEF today!

Your contribution will go directly to the women who need it!

How Did Abortion Become Inaccessible for Thousands of Women?

In 1973, Roe v. Wade made abortion legal in all 50 states. Briefly, Medicaid paid for abortions regardless of age or income. Four years later, Congress passed the Hyde Amendment, which cut abortion coverage out of Medicaid unless the woman’s life was endangered. In 1993, the exception was broadened to pay in cases of rape and incest.

Before the Hyde Amendment, the federal government paid for 1/3 of all abortions; since 1977 it has paid for virtually none. Many states use their own money to cover abortion care for folks on Medicaid. Florida is not one of them.

Now that the Supreme Court has overturned Roe vs. Wade and trampled on 50 years of settled law, it has taken away people’s right to control their own reproduction. State lawmakers with an extremist agenda will continue to further restrict abortion access for countless people, particularly the most vulnerable members of our communities. Anti-abortion politicians in Congress have also made clear their plan to pass a federal abortion ban, which would outlaw abortion care nationwide. 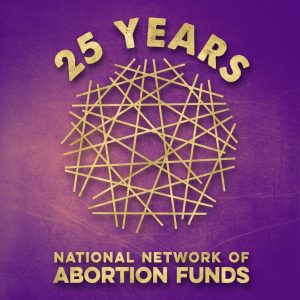 BWEF is a 501(c)(3) corp. Your contribution is tax deductible to the full extent of the law. A COPY OF THE OFFICIAL REGISTRATION AND FINANCIAL INFORMATION MAY BE OBTAINED FROM THE DIVISION OF CONSUMER SERVICES BY CALLING TOLL-FREE 1-800-435-7352 WITHIN FLORIDA. REGISTRATION DOES NOT IMPLY ENDORSEMENT, APPROVAL, OR RECOMMENDATION BY THE STATE. REGISTRATION #: CH 19934